I am glad to announce that HIDE AND SEEK: A Poet’s Memoir is here! for the second time! The first edition sold out!  And, the second is finding new homes going quick!
While that happens, I am creating, performing, and conducting workshops all over the US and North America.

Here are the first few months of where I have been and where I would like to go:

If you don’t see YOUR TOWN and would like to, just ask:  garretpotter@yahoo.com
Thank you.  See you soon!

A boat for my heart

After four summer months of poetry tour adventures all over the US, I returned to Portland, Oregon.  And the rain and clouds were there, ready to greet me with their cold, wet immersion and embrace, more than I had expected or welcomed.  At the same time, hurricane winds, rain, and flooding hit New England–these were called Sandy.  Feeling, I wrote.  And feeling I came upon an idea for relief …our ears, eyes, and minds open. our hearts beat, held in palms, gently. a boat approaches, to carry us through the storm… Kelli Schaefer offered to join me in a show named…

A boat for my heart

I built a boat for my heart,
and tried to send it to myself in the mail,
but the post office closed
when the storms came
and I had to carry it in my palms—
my heart
my vulnerable.

God build a boat for my heart,
entrusted men to bring it to me,
in due time,
but the men got all the directions mixed up and varied–
confused assembly, confusing themselves;
I only got pieces
that might make a boat,
that might be from God,
but might not.

I built a boat for your heart,
but you kept it inside,
wouldn’t come let it out, at the dock,
didn’t trust,
wouldn’t chance;
so I rowed it alone,
carrying nothing but my solitude,
me and the oars, o’er and o’er.

But, my heart build a boat for itself
out of all the charred remains,
found them strewn about my sensory memory,
plucked them out from its sides and feet
and put them together to make new moments.
In the new moments,
my heart remembers how it never was but ought to have been.
It is a beautiful heart-boat
floating, sailing on the seas.
The wave-waters shimmer,
the moon is out,
it is rocking me to sleep.

As a preschool teacher, I did not encourage competition.  Throughout my life and in viewing the lives of others (professional athletes, cyclists, poets, authors, models, artists, parents, kids, lovers), I have seen that nothing is ever enough.  Winning is the only thing we want.  But when we get it, it still is not “enough.”

Last night I won my third poetry slam.  I have won in Portland, Little Rock, and Springfield now.  I’ve taken a second in Austin, a third in Omaha, and plenty of the prior in Portland.  I have featured at slams in Jackson and Pittsburgh.  I have also lost even more poetry competitions.

I will never feel that I am the worst poet, nor the best.  I will not focus on that.  I may never even feel that I am validated as a poet.  What I know is that I need to write.  I need to express.  I need to ingest others’ expressions.  So I show up, anywhere and everywhere, in houses, on street corners, in bars, churches, parks, cafes, and schools.  Sometimes–only some of the time–I show up at a poetry slam.  And the moment I walk in the door, I cannot care what happens beyond sharing the best I have and want to share, without apology.  I love you. 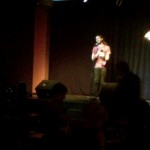 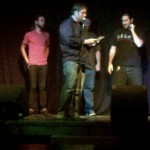 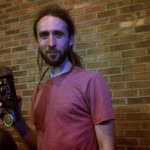